Uses of Herbal Medicine: An Overview

According to WHO- ‘Traditional medicine is the sum total of the knowledge, skills, and practices based on the theories, beliefs, and experiences indigenous to different cultures, whether explicable or not, used in the maintenance of health as well as in the prevention, diagnosis, improvement or treatment of physical and mental illness.’ (Qi, 2014)

An herb is a plant or plant part used for its scent, flavour, or therapeutic properties. Medical science in which use of plants for medicinal purposes is studied, is called ‘Herbology’. Herbal medicines include: 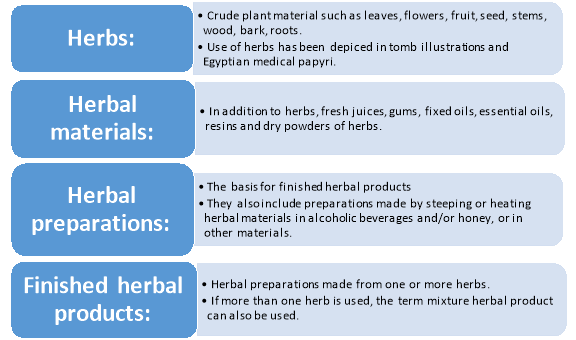 Ayurveda, is one of the most ancient and comprehensive systems of healthcare. It is the science of life and system of traditional medicine native to Indian subcontinent. It is believed that Lord Brahma the creator of universe was first preacher of Ayurveda. Four Vedas, composed between 5000 -1000BC have info on treatment by plants and natural resources. However, till 1000 BC Ayurvedic system was fully developed, into Caraka SamhitÄ and SuÅ›ruta SamhitÄ (books on Ayurveda written in systematic manner); these two books included 8(Aá¹£á¹­Äá¹…ga) major clinical specialities: 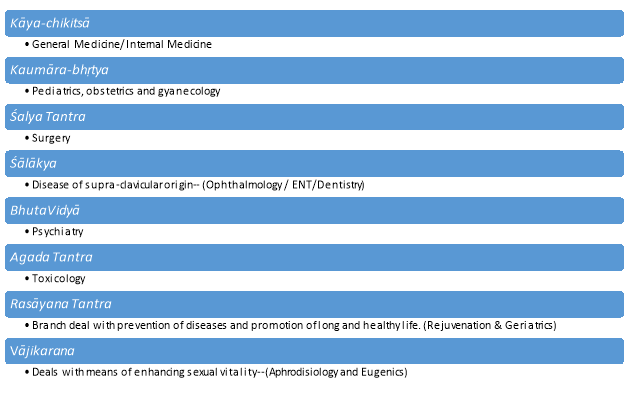 An antibiotic is an antibacterial agent that curbs bacterial growth or kills bacteria. Antibiotics if are used frequently for things they can’t treat—like colds or other viral infections—they can stop working efficiently against bacterial infections, this development is called as antibiotic resistance. (Bruno, 2014)

It is called as granddaddy of all immune- enhancing herbs. It is an immune stimulant, is excellent in preventing and treating colds and influenza. Research reveals that it affirms the immune system by actuating white blood cells (WBCs-lymphocytes and macrophages. (Bruno, 2014) (Literature Education Series On Dietary Supplements )

Also called as ‘king of bitters’, ‘kalmegh—‘Dark Cloud’’, ‘Bhuneem– neem of ground’. It is an annual herbaceous plant in the family Acanthaceae, native to India and Sri Lanka; widely cultivated in south and south-east Asia. Mostly the leaves and roots are used for medicinal purposes. (Andrographis paniculata, n.d.)

It contains a number of bitter components, which have both immune-stimulating and anti-inflammatory action. Studies have shown that Andrographis may help individuals suffering from the respiratory infection, common cold, and ulcerative colitis. It has an active component Andrographolide, in Andrographis, which is responsible for modulation of various inflammations. (Bruno, 2014) (Literature Education Series On Dietary Supplements )

Originated in Iran. It has been mentioned in many ancient texts of Babylon, Quran, Hormeric Hymes, and Books of Exodus. (Pomegranate, n.d.)

Use in Ayurvedic medicine: Bark of its tree, flower juice is used as remedy to treat diarrhoea, dysentery, internal parasites, stopping nose bleeds, gum bleeds, toning of skin and treating haemorrhoids. The seeds and juice of pomegranates are considered good for the heart and throat. Sweet pomegranate fruit is known as ‘blood builder’. Pomegranate juice is also used as an eye drop, as it is conceived to retard the growth of cataracts. 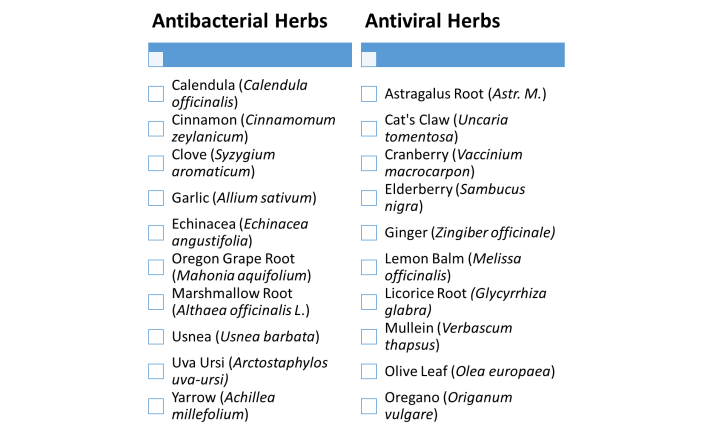 It was known to Ancient Egyptians, and has been used for both medicinal purposes and culinary. Studies done have found that when it is crushed, it yields allicin-an antibiotic and antifungal compound, sulfur-containing compounds alliin, ajoene, diallyl polysulphides, vinyldithiins, S-ally cysteine, and enzymes, B vitamins, proteins, minerals, saponins, flavonoids etc. (Garlic, n.d.)

It is a spice that flourishes in warm and sunny regions like South Asia. Ayurvedic verse says that to enhance digestion everyone should eat fresh ginger just before lunch and dinner. The characteristic odour and taste of ginger is simulated due to a mixture non-volatile phenylpropanoid – zingerone, shogaols and gingerols, volatile oils (called as essential oils) that compose 1-3% of the weight of fresh ginger.

Study paper on NCBI, ginger inhibits growth and modulates secretion of angiogenic factors in ovarian cancercells. The use of dietary agents such as ginger may have potential in the treatment and prevention of ovarian cancer. (Jennifer Rhode, 2007) In general, ginger enhances the blood flow throughout the body, and stimulates circulation, treat nausea caused by seasickness, morning sickness, digestive disorder, gastric problems, constipation, and colic. Tea brewed from ginger is a common local remedy for treating colds.

A group of researchers from Central University of Punjab, have done study using Chloroplast genome sequences, and have found that Tulsi is native to North-Central India. (Tulsi, n.d.) Varieties of Tulsi/Holy Basil: 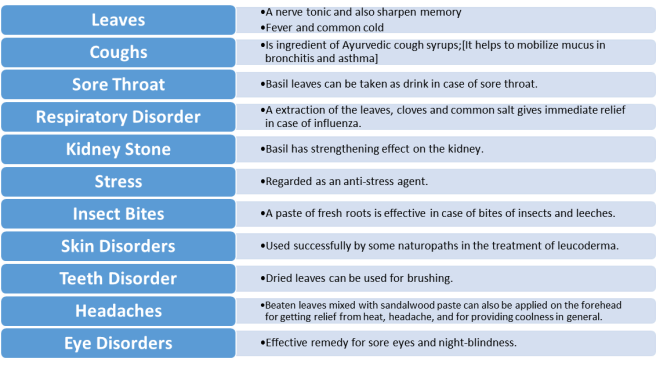 In Ayurveda, it is termed as ‘elixir of life’.

According to a study paper on NCBI, Curcumin (in turmeric) have shown positive effect on Alzheimer’s disease treatment. (Palanivelu, 2011) 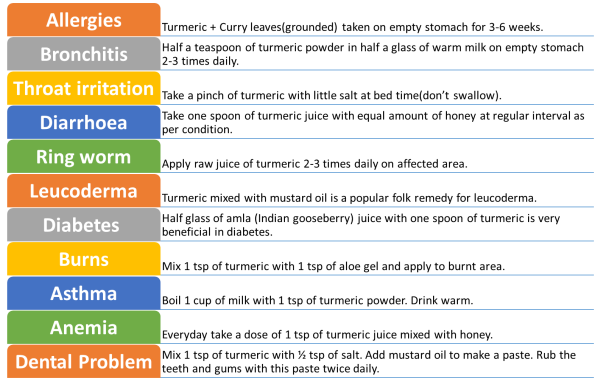 It is common in India, South Africa, Barbados, Haiti etc. The herb has been regularly mentioned as being used in herbal medicine since first century AD. (Aloe Vera, n.d.) It contains slippery, slimy constituents that have a soothing effect, as well as a wound-healing effect. In Ayurvedic medicines Aloe Vera is commonly used due to its antimicrobial properties. Sapnonin– are the class of chemical compounds found in various plants (including Aloe Vera). It has soap like physical behaviour; it acts as anti-feedant, and protect plant against microbes and fungi. (Sapnonin, n.d.)