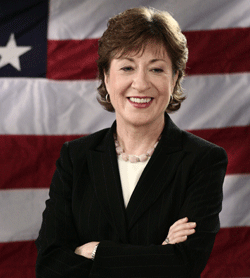 Jane Bitzi is a granddaughter of the previous Texas Governor called Joe Miller, also known as “Big Daddy” who was in office from 1954 to 1958. She is Caucasian with a Swiss ancestry. She is a conservative Republican and is running for Governor of Texas. Jane Miller was born and brought up on a ranch in West Texas. She was a former developer and the founder of a software company in Dallas in 1993. She sold her company, Comp Soft, for $2.5 million to Dell in 2010.

Jane Miller attended The University of Texas at Dallas for only one year, but had to stop due to financial reason owing to her father’s bankruptcy. However, she managed to get a law degree from Yale following financial support from her husband. She is currently divorced from her husband Paul King with whom she had two children, Ian King and Robert King. Jane Miller worked as a Senator for the Anderson County in Texas for two terms since 2008.

Political culture denotes what people feel and believe about the administration, and how they consider people ought to act towards it.

A moralistic political culture is one in which society is regarded to be more significant than the individual. This group acknowledges the need of individuals to give value to the group. Government appears to be perceived as a positive force, emphasizing the commonwealth conception as the source of democratic government.

In an individual political culture the administration is perceived have a practical orientation and is largely instituted for utilitarian reasons. It puts emphasis on limiting the government intervention on private activities and the government is largely restricted to the areas that encourage private initiative.

In a traditional political culture, family and social and ties are prominent. The government is perceived to have a positive role in society, but this role is largely restricted to safeguarding the preservation of the prevailing social order.

Daniel Elazar believes that Texas’ political culture is strongly individualistic with some traditionalistic elements in that administration is supposed to preserve a steady society, but arbitrate in the lives of Texans as little as possible. This will be Bitzi’s likely strength amongst the different political cultures because Texas’ politics are identified with social and economic conservatism, solid support of personal politics, and mistrust of political parties.

The geographic regions where she will prosper and have the majority of support will be East Texas, North Texas and Central Texas because they are republican stronghold, particularly in the South Plains and the Panhandle. Despite being a resident of West Texas, she will do poorly in West and South Texas because they are democrat stronghold. Historically, The Republican Party has been politically weak in Southern Texas, especially the areas around and near the Mexican Border (Jeffers, 2010).

Regarding the demographics of Texas according to the 2010 census, the state has approximately 45% white population, 38% Hispanic population, 11% Black population, and 6% of mostly Asian population. Texas is now becoming less white and more Hispanic (Stiles, 2010). The majority of Bitzi’s regional and cultural support will come from the white population. This will be mostly because she is white. She will get fewer votes from Hispanics and African Americans because the voting exercise in Texas is often divided along racial lines.

Also, she will get fewer votes from the Black and Hispanic population because the Republican Party is stereotyped as a white party. However, she can attract more black votes by appealing to the African-American population by advocating for more access to education and jobs to benefit poor African Americans, an issue that has been traditionally Democratic.

She can also attract more Hispanic vote: Hispanic voters support abortion rights in large numbers. The GOP has always made the mistake of assuming that individual conservatism corresponds to political conservatism. Hispanics, especially the working-poor and the working-class, tend to capitalize on the few state benefits compared to other races because of the cultural and language barriers. Bitzi can also appeal to Hispanic voters by stopping her move to repeal Obama Care because most Hispanics are poor and they want subsidized health care (McKinley, 2010).

She will get more conservative votes and votes from older people compared to young people. This is because the young population is more liberal and tends to support Democrats. She can attract more liberal votes by appealing to young people by advocating for an activist government that supports same-sex marriage and the legalization of marijuana (Hylton, 2010).

The three issues that are central focus of her campaign are: Immigration, Healthcare and Education.

Bitzi’s campaign wishes to keep the immigration subject from erupting because she needs to attract Hispanic voters without isolating the conservative whites. She has been successful so far because she has supports the 2001 Texas’ DREAM Act, which grants in-state college tuition fee to undocumented immigrants. However, she treads lights on the topic because she does not want to be closely tied to the strict anti-immigrant position of her party, which requests this law to be repealed.

Regarding border security, Bitzi wants to appeal to conservative supporters with a $400 million border security strategy that could increase 600 state troopers at the border. Her campaign wants the immigration laws to be reformed: She stresses the need for more liberal immigration policies because she wants to woo many Hispanic voters. For example, she supports the issuance of driver’s licenses to undocumented immigrants. She addresses the issue as “heightening border security” and not “tightening immigration” (McKinley, 2010).

Bitzi wants Obama Care to be reformed because she believes that it has led to the increase of government regulation over one sixth of the economy, resulting the demand that citizens must purchase health insurance. She wants Obama Care to be restructured because it tremendously expands Medicaid, leaving the state to take up unmaintainable financial burdens. In addition, Bitzi is advocating for block grants and wants to solidify health care liability reforms to reduce the number of flippant lawsuits and increase the figure of practicing doctors in Texas.

Regarding the treatment of the terminally ill, Bitzi opposes assisted suicide, euthanasia and any withholding of cure for any reason. She believes that medical care efforts must be concentrated on research to cure the terminally ill, in addition to pain relief of the patients for their lives to be more comfortable.

Bitzi is advocating for a reformed Medicare that can give seniors citizens choice and flexibility. She wants older Americans to have access to favorable insurance plans and medical savings accounts. She also wants to ensure that incentives exist for the private sector to produce drugs. She wants to lessen the administrative complexities for an improved Medicare program that will deliver reimbursement at all levels and permit healthcare providers to continue caring for patients.

Regarding abortion, Bitzi is strongly against federal financing of abortion, because she views the practice as a destruction of life, thus she do not believe that the administration should support. With regards to HIV/AIDS prevention and awareness, she supports prevention procedures that involve early and regular testing, abstinence, and behavioral changes that can eliminate the threat of exposure (Jeffers, 2010).

Bitzi’s view on education involves a variety of central ideas. Firstly she believe in the streamlining of higher education that would leave the majority of students prepared for their preferred fields and less minimum wage occupations that are unrelated to their education. Bitzi believes that the expansion of technical institutions, community college programs, online universities, private training schools, life-long and work-based education in the private sector will create competition for higher learning and is a good way to make education more accessible and to motivate institutions to match the alternative expenses and level of job-preparedness.

Bitzi also believes in limiting the central government in education by only having private loans and abolishing federal student loans. This is due to the uncontrollable rise in college tuition’s consequential debt that is rising above the inflation rate. She believes federal loans aggravate this problem due to their lack of transparency, and because they are more expensive compared to private loans. Bitzi considers that a bigger private sector involvement in loans could reduce tuition costs. However, she wants the federal government to function as an insurance sponsor for private sector loans.

Bitzi also supports initiatives that will increase benefits to scholars who are undertaking difficult courses, create partnerships with major universities and colleges in an effort to expand math and science programs, and invite engineering, math, and science students to join lower-income schools. Young people voters are likely to respond to this move (Hylton, 2010).

Bitzi will win because her stand on top Texans concerns [education, health care, and immigration] is favored by and appeals to most of the voters.

Through her move to reform immigration laws to be less strict on undocumented citizens, Bitzi is hoping to appeal to the Hispanics, who constitute more than a third Texas’ qualified voters.

Moreover, in spite of the demographic changes that continue to happen, Texas’ voting population of is still conservative and racial, indicating that if Bitzi could mobilize all Republicans and right-wing independents, she will win with a great margin.